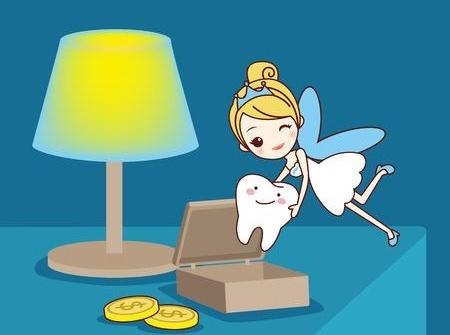 Ever wonder where the story of the Tooth Fairy came from?

Turns out it originated from a play written by Esther Watkins Arnold in 1927. They play was called The Tooth Fairy and was performed in schools. At the same time, Sir Arthur Conan Doyle "proved" his claim that fairies and gnomes were real by "verifying" pictures of two little girls surrounded by fairies. How he verified this is unknown, however, the children of the world were convinced and soon were leaving their teeth under pillows for the hopes of a coin or two.

During WWII, Bob Balfe, who was a columnist for the Palm Beach Post, wrote about how the Tooth Fairy left War Stamps under his children's pillows, instead of money. It was a popular alternative during a time when giving to the war effort was a motivating factor.

Today, the payout for a tooth depends on many factors. Usually it's $3.00, unless the Tooth Fairy doesn't have change for a $20!

Return to Blog Homepage
Blog Post Categories
Blog Tags
Like us on FacebookLeave a Google ReviewPin us on Pinterest
If you have difficulty using our website, please email us or call us at (561) 290-1636
View the ADA Accessibility Statement
Turn on ADA Views