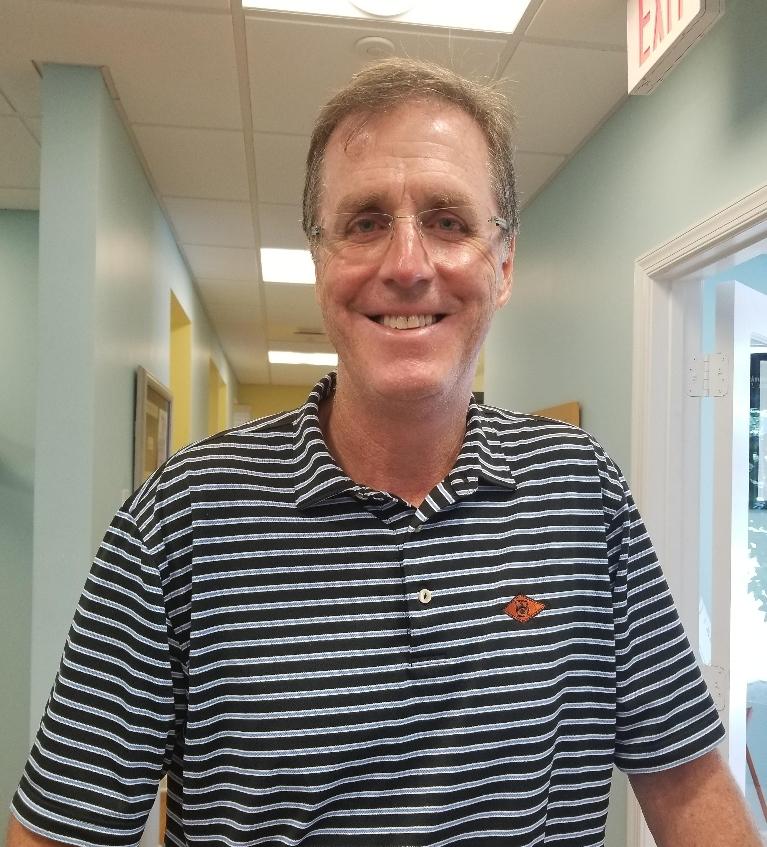 In today’s political climate, it seems these words have all but disappeared. At his last appointment, our patient Jay Twyman reminded us how a gesture of kindness 60 years ago is still going strong.

Jay’s father, Jack Twyman, was drafted to the Rochester Royals in 1955. He went on to play 11 seasons with the franchise, earning All-Star recognition six times and in 1983 was inducted into the Naismith Memorial Basketball Hall of Fame.

But it was what Twyman did for his teammate, Maurice Stokes, is what makes this story of compassion and friendship truly incredible.

Maurice Stokes was, by all accounts, a rising star in the NBA.  In his first year playing for the Royals, he was named Rookie of the Year. The 6-foot-7 forward played only three seasons, but in those seasons he was a three-time All Star, named to the All-NBA second team, and led all players in the circuit on rebounds (3,492 to be exact). He was well on his way to being one of the greatest basketball players of all time.

So why did Stokes play only three seasons?

In the final game of the 1957-58 season, Stokes hit his head on the court and became unconscious. Ever the professional, Stokes kept playing even days later after the playoffs had begun. On an airplane flight following a postseason game, Stokes suffered seizures. He went into a coma and was later diagnosed with post-traumatic encephalopathy, a brain injury that left him permanently paralyzed.

At that time, the NBA did not provide any pensions or medical plans for their players. The Royals quickly took Stokes off their payroll and his $20,000 salary went to $0. Stokes’ family was unable to pay for his rising medical bills that were approaching $100,000 per year.

Twyman, who worked for an insurance company during off-season, sued and won under Ohio law, to have Stokes receive workman’s compensation. He then became Stokes’ legal guardian and took it upon himself to spearhead all kinds of fundraising efforts to round up money and pay for Stokes’ medical bills and expenses for the rest of his life.

And in 1958, Twyman and Milton Kutsher, a well-known hotelier in the Catskills, established the Maurice Stokes Memorial Basketball Games, which has become an annual event.

In 2014, author Pat Farabaugh, captured Twyman and Stokes’ story in “An Unbreakable Bond: The Brotherhood of Maurice Stokes and Jack Twyman.” In an interview in 2015 with Ed Odevan, Farabaugh described what he learned about their friendship:

“I have learned so much from these two men, but two “life lessons’ stand out above the others.
From Maurice, I learned that things in life can change very quickly and we can’t control a lot of this….Despite his paralysis and loss of independence and everything else that went on in the last 12 years of his life, his attitude was upbeat and positive. He didn’t wallow in self-pity and simply “wait out” the years he was confined in the hospital. He worked to improve his limited mobility and speech and made an impression on the people he met. He never gave up. His perseverance is awe-inspiring.

From Tywman, I’ve learned that hard work produces results and that giving to others is a blessing we all should cherish. Jack succeeded at everything he put his mind to because he worked and worked to see things through. This was a guy who was cut from his Central Catholic High School basketball team as a freshman, sophomore AND junior. This is a guy who excelled in basketball, business, and broadcasting. But more importantly, as a father and a husband and a human being. And certainly as a friend.

Stokes passed away in April 1970 at age 36. He was inducted into the Naismith Hall of Fame in 2004 and Twyman was there in Springfield, Mass. for the induction ceremony.

Twyman passed away in May 2012 at age 78. And in June 2013, the NBA established the Twyman-Stokes Teammate of the Year Award, which recognizes the league’s “ideal teammate” who exemplifies “selfless play and commitment and dedication” to his team.