Joe and Cynthia Griner have been blessed with four healthy boys ranging from ages 24 to 11. But when they decided to add a little “pink” to their bunch, they discovered it wasn’t as easy as it used to be. 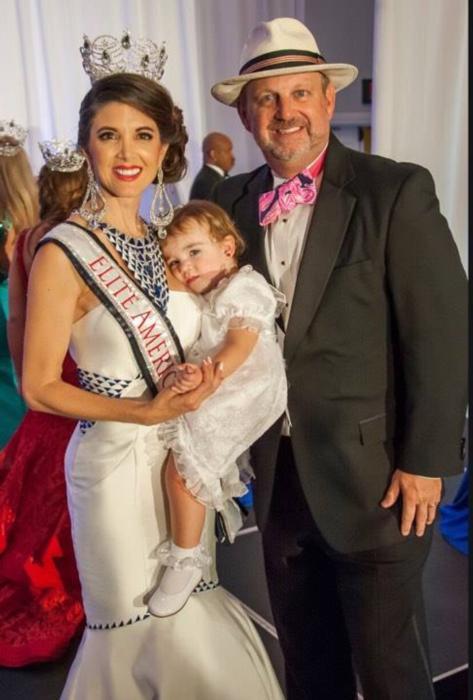 Cynthia, the current Mrs. Elite American Dream, is the picture of perfect health. However, at 48, her eggs were not optimal. After a grueling treatment of trigger shots and hormones, her body began to reject the treatment and form cysts. It was clear to her and Joe (and Dr. McCarthy of IVF MD in Jupiter) that their only hope was to receive eggs from a donor. Cynthia was crushed that her daughter would not have her DNA, but they worked with an independent donor agency so that they could choose the egg donor who had similar qualities to what they were looking for in a daughter. The first donor they secured unexpectedly changed her mind, and once again, the Griners were back to square one.

Feeling helpless, they met with Dr. McCarthy who then put them on the priority list on the IVF MD SFirm Donor Department. Now, they had to wait. Again. Cynthia was overwhelmed with emotion, afraid that her dream of having a daughter would not be realized. But Joe, a.k.a. “Blue Eyes” told her that they would pray a donor would be given to them. And on a fateful day in September, they got the call a donor who fit their profile was available!

Cynthia had to undergo another round of hormone treatments and endure daily shots to get her body ready to receive an embryo, but the thought of their Baby Hope coming to fruition was worth the pain for three long months.

On the day of implantation, it was discovered that only ONE female embryo was normal, meaning without chromosomal deficiencies. It was Baby Hope!

Joe and Cynthia were sent home with instructions for Cynthia to be on complete bed for a week rest since, like any other pregnancy, there was no guarantee that this baby would grow to be full term and no complications. All they had was their hope.

As Mrs. Elite American Dream, one of Cynthia’s goals is to raise funds for the Hope Fund, which she commissioned through IVFMD to assist families in affording IVF. Her dream of having a daughter was realized and Baby Hope is living proof that no dream is too big or too small!